In 2020, the total number of fatalities caused by traffic accidents was 2,839, the lowest since the National Rural Police, the predecessor of the NPA, started compiling traffic statistics under the current formula in 1948. Total numbers of traffic accidents and persons injured have declined over the past sixteen years. 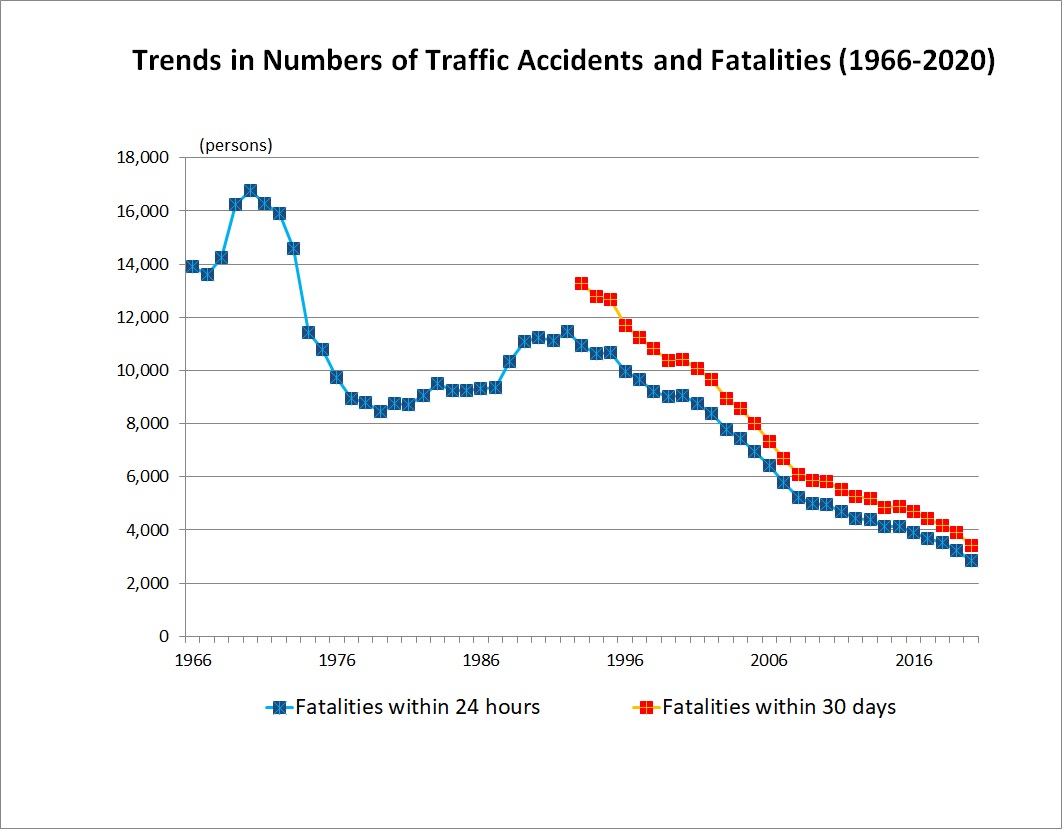 Enforcement
The police analyze traffic accidents precisely and place emphasis on enforcement against vicious and serious violations, resulting in grave accidents including fatal ones, such as unlicensed driving, driving under the influence (DUI) of alcohol, serious speeding violations and ignoring traffic signals. The police also focus on illegal parking and reckless driving by motorcycle gangs (Bosozoku). 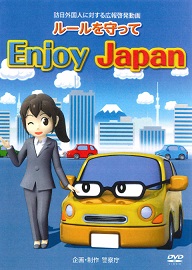 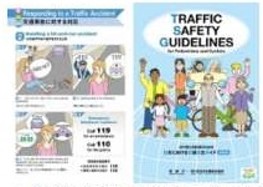 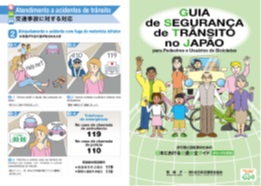 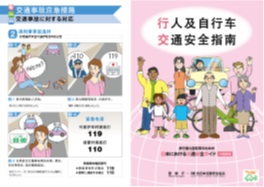 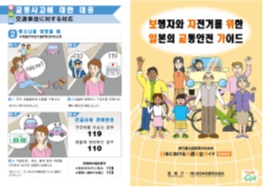 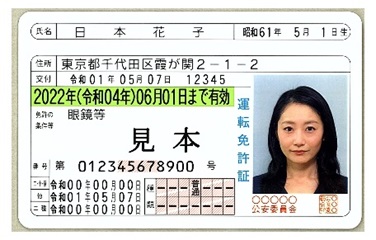 Driver's licenses are valid for five years unless drivers are novice drivers, have committed traffic violations or caused traffic accidents, or are 70 years of age or older.

At the time of renewal, drivers are required to undergo training according to their respective records of traffic violations and accidents.

The police can promptly revoke or suspend licenses of drivers who committed serious traffic violations or caused accidents, and require them to undergo additional training.

For Holders of Foreign Driver’s Licenses[English]

A driver who is 75 years of age or older as of the final day of the driver’s license renewal period must undergo a cognitive assessment, etc.

The cognitive assessment, etc. may be taken from six months before the final day of the driver’s license renewal period.

A driver who needs to undergo a cognitive assessment receives a notice to that effect from the police by six months before the final day of the driver’s license renewal period.

Cognitive assessment is a test for measuring the testee’s memory and judgment. For two test items, namely, cued recall and temporal orientation, the testee enters answers in test sheets or on a tablet with the software for the test by using a stylus.

A cued recall test is conducted to check the testee’s memory. The testee memorizes certain illustrations, and after doing a task unrelated to scores, recalls the memorized illustrations without cues first, and then with cues.

A temporal orientation test is conducted to check the testee’s perception of time. The testee answers the year, month, date, the day of the week, and the time as of the test.

The testee is notified of the test result in writing (including a post card, etc.).

If a person is determined to “have risk of dementia” as a result of the test, the person is contacted by the public safety commission (police), and is required to undergo a special fitness screening or receive a diagnosis from a doctor based on an order to submit a medical certificate. If the person is diagnosed with dementia, the person’s license is revoked or suspended after proceedings such as a hearing.

Meanwhile, if a driver who is 75 years of age or older commits a specific traffic violation, such as ignoring the traffic light, a cognitive assessment is specially administered for that driver. The details of the test are the same as those of an ordinary cognitive assessment.

In this special cognitive assessment as well, a person who is determined to “have risk of dementia” as a result of the test needs to undergo a special fitness screening or submit a medical certificate, and if the person is diagnosed with dementia, the person’s license is revoked or suspended after proceedings such as a hearing.

Note: A cognitive assessment is a simple method for checking the status of a testee’s memory and judgment, and is not a substitute for a diagnosis or a medical testing by a medical doctor.

The test sheets, illustrations, and scoring method used for the cognitive assessment are as shown below.

Back to top of the page.